Graham and Joanna Barker attended a Service of Thanksgiving in Windsor Parish Church to mark the 100th anniversary of the formation of the RAF. This was followed by a parade where 700 cadets marched through central Windsor with the salute being taken by the Lord Lieutenant of the Royal County of Berkshire, Mr James Puxley, and Air Vice-Marshal Bruce Hedley MBE. Afterwards, Graham and Joanna joined the officers and cadets for lunch at the Victoria Barracks in Windsor. 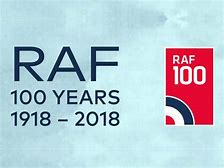